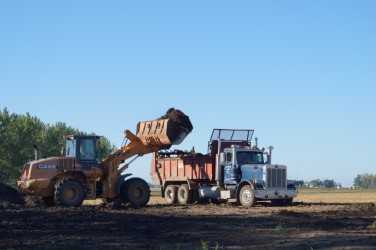 Some of them like to talk on the phone, some like to text and most are one-on-one kind of folks. They’re a little brash, quite sarcastic and very straightforward. They’re the North Dakota custom manure haulers.

I don’t think I slept for three nights before our first meeting five years ago. I’m a planner. I tend to think through the “what ifs” and try to fix them before they happen. The problem was, this was a completely new group to me. None of my predecessors held educational events specifically for manure haulers. I had no clue what to expect. I was hoping five people would show up and would have been happy if only one person walked into the room that morning. Twenty-one haulers later, we had a crowd!

The ground rules for the first meeting were simple: 1) be respectful, 2) no cussing and 3) if you need to settle something between each other, do it outside. By the end of the six-hour meeting, these competitors were nodding in agreement with one another about topics that had come up throughout the day concerning issues in their industry. Topics ranged from net wrap being more of a nuisance than twine and the lack of dependable employees in the workforce to the confusion concerning rules of the road, permits and load restrictions. After the first meeting, 82% said they learned something, and 100% said they would come back again. 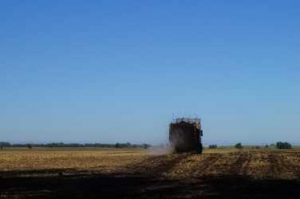 I later decided that if we were going to make this an annual meeting where several of the same haulers would be attending year after year, I needed a format to help me plan and make sure I didn’t repeat the same material. Also, I needed to get to know the haulers, so I would be able to deliver programming in a way that would resonate with them.

In general, I have structured our meetings to include four main components:

Having this meeting format allows me to quickly and effectively line up appropriate speakers each year. I can teach something I think the haulers should know, while also teaching something they’ve asked for.

The interactions with this underserved group have gone from a simple six-hour annual meeting to a meeting with plenty of networking time built in before and after, a private Facebook group where the haulers can talk among themselves as well as ask questions that I can answer for the whole group, and even a commitment to host quarterly online trainings (Facebook Live for now).  We also created a public list that I can share with NDSU Extension agents as well as agency folks and a private list where I can send information to the haulers regarding educational events and professional development opportunities.

They say what’s on their mind, they like to joke around and they don’t eat chicken at meetings. But they’re more than that. They’re big thinkers, eager to learn, and they want to understand the latest technology available so they can do the best job possible for their customers. I’m excited to see what this group will ask for next and what I get to learn along the way! 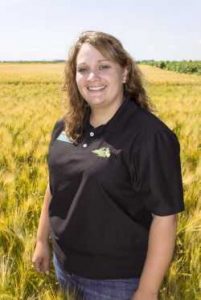 Growing up on a diversified farm and ranch makes me no stranger to manure or a variety of tasks. I tell producers if it stinks or is decomposing, it’s my thing! Working in the field of Extension nutrient management looks different every day. I might be in one area of the state helping a manure composting company get off the ground or in another area composting dead livestock. The one thing that stays the same is the applied approach of the program. My job is to be out with producers (crop and livestock), helping them figure out the best way to use manure as a fertilizer product.