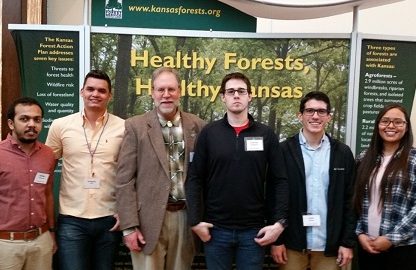 Earlier this year the North Central Region Water Network was delighted to welcome Charlie Barden, Kansas State Extension Forester and Professor at Kansas State University, to the Network Leadership Team. While Charlie may be a new face on the leadership team, he is far from new to the Network.

To address this need, Charlie and partners from across the region held a Tribal Water Summit in 2017 and 2018 to discuss and build on past efforts to strengthen collaborations, share past successes and challenges, identify priority water areas, and determine future funding opportunities.

“The Tribal Summits were a great opportunity to get together with tribal institutions across the region and take an honest look at where we are cooperating, the mistakes we have made along the way, and where we can collaborate more in the future,” notes Barden. “It is also a great opportunity for attendees to learn about tribal nations, their culture and traditions, their water issues, and where they are looking for partners.” 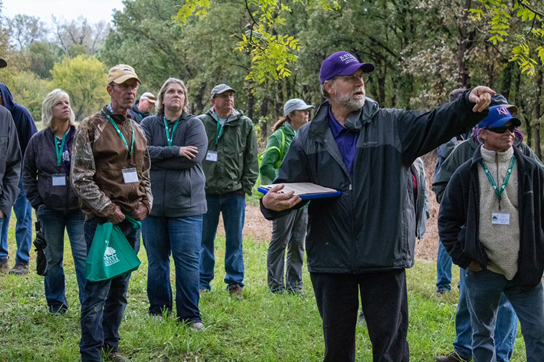 As a result of the connections made through the summits, three proposals were funded by the USDA Tribal College Research Grants Program including a project Charlie is continuing to work on alongside faculty at Haskell Indian Nations University. The project, ‘Food and Water Resiliency on the Kickapoo Tribal in Kansas’, works to engage tribal students to enhance existing gardening initiatives on the reservation, provide agriculture science education at Haskell Indian Nations University and investigate the benefits and costs associated with irrigating small scale vegetable production on the reservation. This research is especially critical as the Kickapoo Tribe operates an independent water utility for the reservation that depends on surface water making the increased frequency and severity of droughts particularly challenging.

Dr. Barden’s work is also supported by federal Renewable Resources Extension Act (RREA) funding which helps provide woodland owner educational programming throughout Kansas and maintain and monitor a woodland prescribed burning demonstration and research area. As a part of this work, Charlie and colleagues at K-State’s Kansas Forest Service host an Annual Kansas Natural Resource Conference and the Annual Fall Forestry Field Day which recently included presentations and demonstrations on biochar, invasive species, prescribed fire, and riparian forest management topics. The team also collaborates with the Kansas Native American community on these events and in 2018 the Fall Forestry Field Day was held on the Kickapoo reservation.

“Water is the most limiting ecological resource for most and with rainfall patterns becoming more variable in the future due to climate change, a large part of my work is educating Kansans to help mitigate drought and flooding effects” notes Charlie discussing the importance of water to his work. “Water is critical to my work and to all of our work in natural resource management. I’ve long been a part of the North Central Region Water Network, but I’m excited to serve in a larger role.”

Dr. Charles Barden has worked as a Research and Extension Forester since 1989, and began his current position as State Extension Forester and Professor at Kansas State University in 1998. He enjoys conducting applied research using trees to solve environmental problems, (ie streambank stabilization, riparian buffers, urban stormwater, phytoremediation, windbreaks, and bioenergy). He has a particular interest in the use of cedar revetments to stabilize banks of smaller streams, and has monitored some installations for over 20 years. He works closely with the Kickapoo and Prairie Band Potawatomi tribes in Kansas and frequently advises them on natural resource issues. He earned his Ph.D. from Penn State, and his Master’s degree from Virginia Tech, both in Forestry.  A native of Rhode Island, he earned his B.S. degree in Natural Resource Management from the University of Rhode Island.