Home > blog > Bringing People Inside the Box: On Improving How We Model Human Behavior in Watersheds 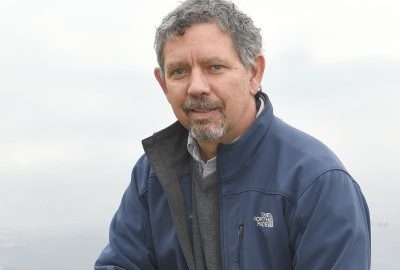 Water quality problems are people problems, and yet people have not been adequately factored into the science intended to inform watershed solutions. Douglas Jackson-Smith is a sociologist who has spent much of his career trying to fix that.

A professor at Ohio State University, his work has focused on watershed modeling, or the scientific tools that simulate hydrologic processes in a watershed to help scientists and managers better understand them. These models are increasingly used to assess causes of watershed challenges and propose potential solutions.

Despite the growth of modeling research, human decisions and behaviors, such as how farmers might change their practices in response to a potential policy change, are not always factored into model equations in realistic ways. Accounting for real-life human behavior would improve the accuracy and applicability of model results.

Jackson-Smith is making progress by facilitating the participation of farmers and other stakeholders in the modeling process, as well as refining how the models simulate human behavior on the landscape. In this Q&A, he explains why this work matters for watershed policy and management.

What can sociology and your research specifically teach us about watershed management?

DJS: Sociology can give insights into the motivations and other forces that shape human behaviors, and some of the larger structures that constrain and enable that behavior. I’ve made much of my career pointing out that a lot of motivation [among farmers] is non-economic. Obviously economic factors are front and center, but farmers farm for reasons that go beyond simple economics – being your own boss, having independence, being able to work outside, being able to have your kids involved in your work. Those quality of life elements are very important in motivating farm behavior. And that is no less true when it comes to conservation.

Let’s talk about your work on improving the representation of human behaviors in watershed modeling: What does that mean exactly and why does it matter

DJS: Throughout my career, I have worked closely with watershed modelers in agricultural and urban water systems, and I became aware early on that the level of detail for the representation of the human elements of those watersheds was always much smaller than the amount of detail that was given to biophysical things, such as precipitation and soils. I used to give a talk called People are Dirt. Soil scientists don’t like the word dirt because it oversimplifies a very complex thing, soil. I was trying to point out that the amount of detail on humans in watershed models was about as crude as dirt is to soil scientists. If there is behavior in those models, the behavior tends to be very simplistic, assuming that everybody behaves the same way and that [we’re] all rational and economically motivated. This is despite the fact there are decades of research on actual behavior and the economic and non-economic complexities. So, it struck me as exciting to figure out how to make models better represent the human elements driving watershed dynamics, which in turn should better represent outcomes that policymakers and managers are trying to implement.

What is the most important lesson learned from your participatory modeling research that has relevance to watershed management?

DJS: Participatory modeling brings farmers and actors whose behavior we are modeling into the design of modeling, thus taking modeling out of the experts-only world. Based on my research, the reason that is a good idea is twofold. One, you get better science and better information into the model. Farmers and others have a lot of practical wisdom and experiential knowledge that scientists don’t have, especially as so many modelers don’t have a farming background. The second reason is it brings people into the conversation before we tell them what the results of the model are. They can come along for the research process, and can both shape it and understand what the models are doing. The motivation is to get to better transparency, trust, and ownership over the results by the very people who are most impacted and invested in what those models say. It’s a question of bringing people inside the box.

Now that we’ve entered a new decade, can you reflect on how far social science research related to watershed management has come in the past decade? What new questions do you think need answering in the next decade

DJS: Compared to ten years ago, there is much greater appreciation for the social sciences and the complexity of decision making, and that’s shifting the conversation in policy and research. Ten years from now, I think the bigger gaps are being able to translate the new work we’re doing, that merges social science and physical science, into pragmatic solutions. Having the research community develop better skills at translating the implications of their work more quickly, on a time scale that fits the need, is still kind of a Holy Grail. One of the key words we hear at OSU is translational work. Good translational work is a two-way conversation between researchers and external actors. I think that will be the frontier that will help us ensure our work is more impactful ten years from now.