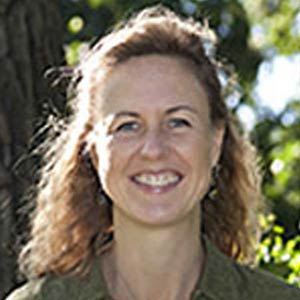 Earth Day fell on a Sunday this year. With a nod to my need for introvert time, I celebrated in the garden. Wheel-barrowing finished compost from back yard to front, getting my hands in the soil, and seeding in the lettuce and spinach with a few prayers to guard against late frost; these are all reminders that we humans are of the earth — and in it – not just on top of it like cars on a street. Gardeners, farmers, and many hunters and anglers recognize the sweetness of partnering with the planet to produce something of value. As we plant or hunt or fish, we watch the earth in action, admiring the results of millions of years of trial and error that brings us the magic of healthy soil, the elegance of wood duck, or the power of a fighting salmon.

Yet most of these folks, myself included, know what it feels like to push too hard –  a shot or a cast misses the mark, a tractor gets bogged down axle-deep in mud, new lettuce withers under the onslaught of invading ice. Our human version of trial and error, at the individual scale, often results in little more than a bruised ego. The earth is rarely fazed by these relationship faux pas, and then only for a short time.

The challenge comes when our small individual acts of forgetting are multiplied by 7 billion. This Earth Day, organizers focused on the ubiquitous reality of plastic pollution, from beaches in highly populated regions like the Great Lakes, to the remote South Pacific Henderson Island. Much of this plastic ends up in the planet’s water supply and in animals we love to love, like whales, sea birds, and sea turtles, causing untimely and painful death for many, and diminished productivity for both common and threatened species. Plastics also end up in us, through our drinking water and in the air we breathe. We are at the earliest stages of understanding the pros and cons to human health of our grand global experiment with plastics.

The bitterness in the plastics challenge, for me, comes from its overwhelming proportions. The problem ranges from the giant Great Pacific Garbage Patch to the tiny particles being shed from my favorite fleece hoodie. When we go to the fields, or the woods, or our favorite fishing hole, plastic is inevitably there keeping us company.  Aldo Leopold recognized the weight of this feeling when he said “one of the penalties of an ecological education is that one lives alone in a world of wounds.”

The small thread of comfort I am currently clinging to is that the plastics challenge, while it may seem new, is as old as life itself. When conditions change, how do we incorporate new risks and resources into existing cycles and systems? Right now plastic is waste because we and other creatures on the planet are still developing ways to exploit it. But we’re quickly catching on. Bacteria are evolving to use some plastics as energy sources, and scientists have learned how to alter the original bacterial enzyme to give it more plastic digestion capacity.  Can we adapt quickly enough to avoid the significant permanent damage that plastics can do? Can scientists, engineers, and designers help us avoid new problems by conducting life cycle assessments on new technologies before they are released into the environment?

I’ll end with a great quote from Mark Browne, Senior Research Associate, School of Biological, Earth and Environmental Sciences at the University of New South Wales brought to us by Orb Media.

The bitter is that we’re all responsible, the sweet is that we’ve got plenty of help.

P.S. Plastic recycling can be beautiful as well as utilitarian. Here’s a shout-out to our friends at Chicago’s own Shedd Aquarium for featuring Washed Ashore: Art to Save the Sea, through September 2018.