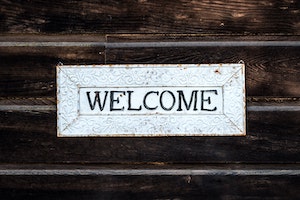 Diversity is a fact. Equity is a choice. Inclusion is an action. Belonging is an outcome.

Carla Walker was struck by this conceptual framework she learned at a recent conference – so struck, she missed the name of the person who said it as she busily scribbled it down. Creating inclusive community engagement is among Walker’s specialties, as president of Cincinnati-based consultancy think BIG strategies and the first project lead for the Environmental Equity Advisory and Action Committee for the Healing Our Waters-Great Lakes Coalition. To her, this conceptual framework underscored the importance of something she has thought a lot about: aligning everyone’s understanding of the terminology.

“It’s critical to have an understanding of the terms, definitions, and concepts – like really understand what they mean and how they are different,” said Walker.

A “self-professed urbanophile” who has been involved in equitable green infrastructure projects, Walker emphasizes that inclusivity in watershed management shouldn’t be seen as only an issue of the urban core. Equity and inclusion are critical in rural areas too, and urban and rural systems have to work together to reach water quality goals.

So, whether working in rural or urban communities – or both – what can watershed professionals do to be intentional about equity and actively inclusive in their work? In this post, Walker and community leader Brenda Coley share some advice from their experiences.

Center Your Work Around People

Watershed management may be about achieving the outcome of clean water, but it is just as much about the people who are involved or must be included in the strategies to get there. To Walker, inclusion means centering your work around the people who are being impacted by land and water challenges.

“That does not negate the natural resource. To me, those are connected,” said Walker.

Whether you are new to your position or have been working in your community for a while, a first step to focusing on people is making sure you reach out to and meet the range of people in your watershed.

“And I mean with everyone. Find out how they are connected to the resource, what are their challenges. You’ll see patterns emerge, you’ll see some similarities – you have to know what that looks like on the ground and by everyone,” said Walker.

It’s not just about meeting people, but also about meeting them where they are, which brings us back to terminology. Natural resource-focused work is notorious for buzzwords and jargon, and Walker stresses the importance of recognizing that some people who are doing similar work or care about similar things may not be calling it by the same name.

“They may be calling it something different, because they’re facing a different set of challenges,” said Walker.

Aligning terminology also includes understanding what inclusion is or is not. Walker suggests this lexicon from the University of Washington’s College of the Environment as one of several helpful references. It defines inclusion as “The act of creating an environment in which any individual or group will be welcomed, respected, supported and valued as a fully participating member.”

“If you start from that, you have an understanding that by including someone, you’re not taking something away from someone else,” said Walker.

It’s no secret that meeting people and building those relationships will take time, but it will be time well spent.

“Stakeholder engagement is a long game,” stressed Walker. “One of the strongest criticisms about this work from the community’s perspective is organizations just helicopter in, do their so-called stakeholder engagement process, but when the project gets executed, none of what we said is included.”

Walker points to a Wisconsin-based organization called Milwaukee Water Commons as a model for how inclusive stakeholder engagement can be done well. The nonprofit has centered its programming around the people who live in Milwaukee’s marginalized communities, ensuring they have a relationship with water and a voice in the city’s vision to become a “model water city.”

“As Milwaukee was positioning itself as a water-centric city, there was not nearly enough of a community voice present in that discussion. There was government, there was academia, there was business, but little, if any community representation,” said Brenda Coley, co-executive director of Milwaukee Water Commons who also serves with Walker on the Equity Committee of the Healing Our Waters-Great Lakes Coalition.

So, Milwaukee Water Commons, which was under different leadership at the time, sought out the community voice. Over the course of two years, they engaged over 1300 Milwaukeeans about what it would mean for them to become a water-centric city. They turned what they learned into a six-point Water City Agenda, with goals related to drinking water, water quality, blue-green jobs, arts and culture, education and recreation, and green infrastructure.

“When you’re looking for inclusion, sometimes it’s not the most expedient thing you can do. You have to really pull back from the urgency of it all and think about the longevity,” said Coley.

The payoff, says Coley, is the creation of relationships, rather than transactions.

“What is impressive to me is that, still to this day, we depend on those relationships we formed at the very beginning. If they’re meaningful, authentic relationships, they are lasting,” she said.

To create the Water City Agenda, Milwaukee Water Commons did a lot of listening, through one-on-on interviews, group discussions, and conversations on the street and with a focused effort on engaging indigenous people and people of color.

Inclusive listening, for Coley, means being comfortable with silence, allowing for the creation of a void that people can then step into and fill with their voice. It also means decentering the dominant culture.

For example, Coley notes that, in certain cultures, articulation and speech are a show of intelligence or command of an issue, which gives import to the talker. But, for other cultures, it’s more important to say only what hasn’t been said.

“When you talk about inclusion, you’re really talking about making it possible for people to feel welcome and to participate,” said Coley, adding that it is still important to ensure people have the information they need to make informed decisions.

Milwaukee Water Commons is now ramping up for another round of engagement for the Water City Agenda in the next five years to reach even more community members and enhance the robustness of the voices represented. Because of their previous efforts, Coley says they have the relationships to be able to talk to 10,000 people this time around.

“I think the most challenging thing for us is to transform ourselves, so we can do this work in a quality kind of way,” she said.

The Human Capital series features insights and stories to help tap the true human potential for achieving clean water in the Midwest.