Home > blog > Public Participation Processes May Be Out of Mind During COVID-19, with Impacts for Water and People

By Matt Rota, senior policy director of Healthy Gulf, a nonprofit organization committed to uniting and empowering people to protect and restore the natural resources of the Gulf Region.

Right now, it is hard to think of anything other than the COVID-19 pandemic. Everyone is overwhelmed by the stresses of social distancing, from finding face masks to applying for aid. With all of this on our minds, one thing that is likely out of mind for many is the public participation process that is a central hallmark of water regulatory systems.

This matters because important decisions affecting the Mississippi River states are on the docket now, decisions with implications for water quality, ecosystems, communities, and economies. These processes are continuing on normal timelines under abnormal circumstances, which challenges the public’s ability to provide and the agencies’ opportunity to get input.

For example, in my home region of the Gulf of Mexico, over 400 environmental public comment periods, including at least 9 public hearings, have been announced in the five Gulf states since the U.S. pandemic emergency began in early March. Likewise, the five Gulf coast Army Corps districts have announced approximately 100 new comment periods for proposed developments in wetlands. Many of these comment periods will expire before the state and federal emergencies are lifted.

This is not isolated in the Gulf region. For example, Illinois’ Environmental Protection Agency has opened 74 public comment periods since the Federal Emergency Order.

We know public participation can lead to decisions with better outcomes for the diversity of people they affect, which makes ensuring the public has the proper opportunity to participate in decision-making despite the pandemic important. While there are certainly essential permits and emergency policies that must proceed at this time, in order for the public process to be effective, a solution would be to extend or press the pause button on public comment periods until the pandemic subsides.

Continuing the permitting process without normal capacity for public input could be particularly deleterious for already at-risk communities. Underserved communities that are being hit hard by the virus also regularly bear the brunt of environmental degradation, underscoring the risk that they could be blindsided by the consequences of decisions made during the pandemic.

For example, St. John the Baptist Parish, 30 miles from New Orleans, has the highest death rate in counties larger than 5,000. (Seventy percent of Louisiana’s COVID-19 deaths have been African American, despite only making up 33 percent of the population.) While no new air permits have been released in this Parish, their sewage treatment was put up for public comment in April. This plant has a history of sewage overflows and poorly maintained systems. Due to the virus, this permit renewal will probably not get the public scrutiny it deserves.

This is why my organization, Healthy Gulf, and over 50 other environmental and social justice organizations have asked Gulf state governors and the Corps of Engineers to hold all active comment periods open for at least 60 days beyond the lifting of any States of Emergency declared in response to the COVID-19 pandemic. Further, we are calling for no new non-essential, proposed, or revised rules or regulations, and no issuing or finalizations of environmental permits until Emergency declarations have been lifted.

In our view, delaying final agency decisions and keeping active public comment periods open until we are able to resume normal operations would help ensure that affected communities are able to meaningfully participate in decisions that could impact their health, environment, and property.

If you live in one of the Gulf states and would like to ask your governor to extend public comment periods beyond emergency orders, Healthy Gulf is providing an opportunity for you to send your message; just click here.

*This is the first in a series of posts that will explore how COVID-19 is impacting our water resources in unexpected ways.

About the author, Matt Rota 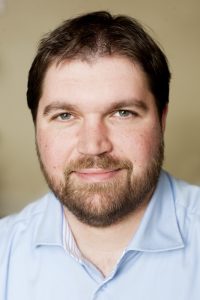 Rota is the Senior Policy Director for Healthy Gulf, a 25-year-old environmental advocacy organization based in New Orleans, LA, where he advocates for healthy waters throughout the Gulf of Mexico region. He also works with Mississippi River Basin organizations to promote policies that will reduce the Dead Zone-causing pollution flowing to the Gulf of Mexico. Rota is on the steering committee of the Mississippi River Collaborative and has given numerous presentations on water pollution issues, including the Dead Zone, sewage pollution, wetlands, and the BP Oil Drilling Disaster at professional and technical conferences throughout the country. He earned his B.S. in Ecology, Evolutionary, and Organismal Biology from Tulane University and his Masters of Earth and Environmental Resources Management from the University of South Carolina.

Header photo of empty path along the Mississippi River in Baton Rouge, LA by Ken Lund on Flickr