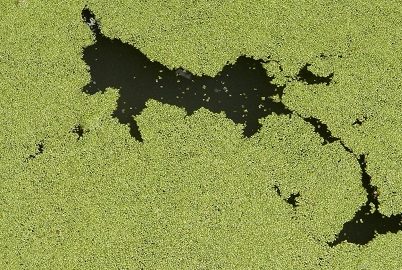 Over the past several decades we have seen a global increase in potentially toxic cyanobacterial harmful algal blooms (CyanoHABs). CyanoHABs pose serious human health and livestock risks as they can produce toxins that impact recreation, agriculture, fisheries, and drinking water. Making accurate estimates of the timing and impact of potentially toxic CyanoHABs to lakes and reservoirs is critically important. Currently, we assume CyanoHABs “like it hot” and only occur during the summer months. Observations of high winter algal biomass, however, are becoming more common, making it necessary to ask the question: is our ‘summer only’ approach to monitoring and mitigating CyanoHABS sufficient, or do we need to monitor CyanoHABS in the winter, fall, and spring?

In order to answer this question, leaders from the University of Missouri and MU Extension are establishing a Reservoir Observer Student Scientist or ROSS program to engage high school students in conducting temporally resolved assessments of CyanoHABs in a variety of north-central lakes and reservoirs represented in the five states of Missouri, Kansas, Iowa, Nebraska, and South Dakota. 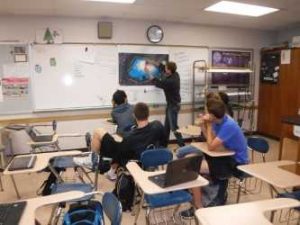 The ROSS team is leveraging the knowledge, system, and infrastructure established through the Lakes of Missouri Volunteer Program (LMVP) which engages citizen scientists to monitor water quality in Missouri reservoirs. Building on the success of the LMVP, the ROSS project will work to expand citizen science work throughout the region while engaging youth and their teachers in actively serving as the stewards of water quality in their respective water bodies.

After a successful pilot year, the ROSS program was implemented in its second year at a high school in Columbia, Missouri. Preliminary results from the pilot year not only indicate that the students collected high quality data, but also that cyanotoxins were present year-round. In fact, concentrations of the cyanotoxin cylindrospermopsin were highest from November to January of the study year. Recently, the ROSS program has also expanded to Kansas, where students are eager to learn about their local reservoir. The team is looking forward to expanding the ROSS program to other states this year.

The team is currently working to: