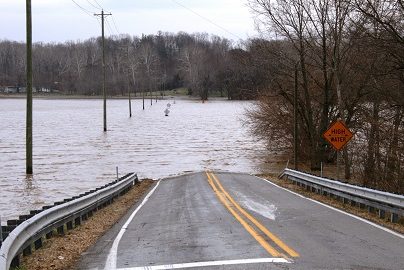 Keith Cherkauer is a Professor of Agricultural and Biological Engineering at Purdue University where he works to quantify how changes in land use and climate affect water availability, and how this in turn affects the reliability of food and fuel production. 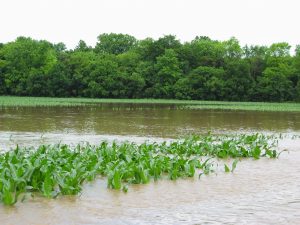 A flooded corn field in Indiana. Photo by Keith Cherkaur

One of Keith’s recent projects is serving as the lead author on the Indiana Climate Change Impacts Assessment’s Water Report which will be released later this spring. The report uses climate data and hydrologic models to assess how the continued changes to Indiana’s climate will impact the state’s water resources, including soil water, evaporation, runoff, snow cover, streamflows, drought, and flooding. The report used Variable Infiltration Capacity (VIC) large-scale hydrology model to simulate water movement and storage across Indiana. Keith and his team we were able to update the model to include subsurface drainage – which is used extensively in Indiana.

“The working group who authored the report included experts from across the state, and everyone on the team – colleagues from Purdue, Notre Dame, Indiana University, and USGS – was engaged in reviewing the findings and making sure the assessment was realistic. Citizens of Indiana can feel really confident that these finds are accurate,” notes Keith.

According to Keith, the report demonstrated that there isn’t enough information on groundwater systems in Indiana. As a result, Laura Bowling, a Professor of Agronomy at Purdue, and Keith are working with a graduate student to couple the VIC model with a groundwater model using state monitoring wells and aquifer maps from the USGS. This will allow the team to model how future changes to climate and to water demand will impact Indiana’s groundwater aquifers.

Keith is also a co-author on Indiana Climate Change Impacts Assessment’s Agriculture Report which was released in 2018. Findings and projections in that report are based on work Keith and his team did using a version of the VIC model coupled with the CropSyst cropping systems simulation model developed at Washington State University. The team updated model parameters to reflect crop growth and crop water demand in Indiana for three major crops corn, soybeans and wheat. While Keith notes this is a change in the right direction, his team is still working to improve these simulations to better quantify how crops are growing through the season and how they make use of water.

“This will be especially important as temperatures rise and rainfall patterns shift leading Indiana to have wetter springs and drier summers,” notes Keith. “Less frequent but more intense storms events in the summer, paired with loss of soil water from rising evapotranspiration, can lead to sudden onset short duration droughts. These droughts in combination with subsurface drainage can put our crops in water stress. We need to do a better job of simulating this, and while we are closer than we’ve been before, we aren’t there yet.”

The models Keith and his team are working on can be critical for nutrient management planning. Keith has been in touch with the science committee for Indiana’s Nutrient Reduction Strategy who are interested in using these models to better estimate how nutrient management best management practices can impact water resources across the state.

“I have a lot of data from these models – it is really just a matter of getting the results, and the knowledge from these simulations, out there in a way people can use. The Water Report is a great example of that,” notes Keith. 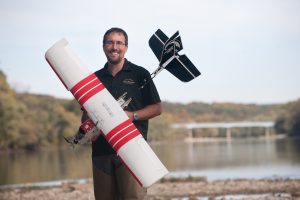