WEDNESDAY JULY 13TH
We are excited to announce that Kyle Whyte will be serving as our keynote speaker on Wednesday July 13th. Kyle will discuss “Indigenous Rights, Reconciliation, and Climate Change”. 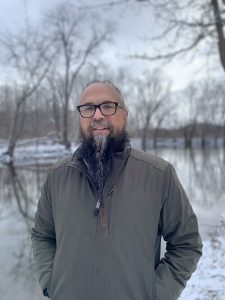 Kyle Whyte is George Willis Pack Professor of Environment and Sustainability at the University of Michigan. Kyle’s research addresses moral and political issues concerning climate policy and indigenous peoples, the ethics of cooperative relationships between Indigenous peoples and science organizations, and problems of Indigenous justice in public and academic discussions of food sovereignty, environmental justice, and the anthropocene. He is an enrolled member of the Citizen Potawatomi Nation.

Kyle currently serves on the White House Environmental Justice Advisory Council. He has served as an author for the U.S. Global Change Research Program, and is a former member of the Advisory Committee on Climate Change and Natural Resource Science in the U.S. Department of Interior and of two environmental justice work groups convened by past state governors of Michigan.