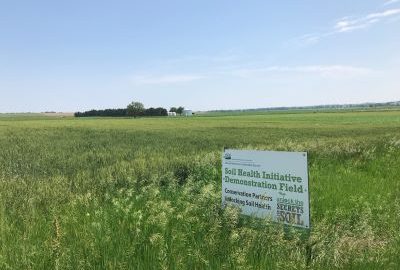 The University of Nebraska-Lincoln and Nebraska Extension have been evaluating and investigating how cover crops can be used by farmers to improve the sustainability of their operations for the long term. Nebraska has a strong cattle industry, which provides an excellent opportunity to incorporate cover crops as forages between the growing seasons of our main commodity crops of corn, soybeans, and wheat. As such, research and programming to evaluate and promote the benefits of cover crops in Nebraska agriculture has become a key priority.

Research around the North Central Region and the United States has shown that cover crops can provide many benefits. Cover crops can improve water quality by reducing erosion and the deposition of sediment into the water from erosion. They also can scavenge nitrates from the soil to protect groundwater, while also improving soil health and suppressing weeds. Water infiltration rates and water holding capacity can be improved by cover crops, thus saving water to be used for crop production. In Nebraska specifically, some natural resource districts are also having problems with high nitrate levels in city wells across the state, and cover crops are being planted to help reduce this problem as well.

As an Extension Educator with a crop focus, much of my work has been working with farmers and demonstrating the use of cover crops in southeast Nebraska.  Many farmers in Nebraska were utilizing cover crops before much research had been conducted in the state. I have collaborated with Extension Specialists and other Extension Educators to evaluate cover crops in crop and livestock systems in Nebraska, and I’ve participated with a team from Extension and NRCS to host cover crop field days and conferences in southeast Nebraska for the past several years.

I am also the Nebraska State SARE Coordinator. North Central Region SARE has been a major proponent of cover crops, providing significant support for related research and Extension programs for farmers and ag educators for several years. Both Extension Programs and the University of Nebraska-Lincoln have been successful in getting SARE Research and Education Grants, Partnership Grants, and several Graduate Student Grants to use for cover crop research and programs.

Our cover crop work is truly a team effort. In addition to my Extension colleagues and NRCS collaborators, we work with Nebraska Natural Resource Districts, the Nebraska Corn Board, and the Nebraska Soybean Checkoff Board to advance research and programs. One program I am particularly proud of is the Nebraska Cover Crop and Soil Health Conference. I have worked with Keith Glewen, a fellow Extension Educator, and others for the past 5 years to plan and host this conference at the Eastern Nebraska Research and Extension Center. The event draws an average attendance of 240 farmers, ag educators, and ag service providers and an average estimated value of knowledge gained or anticipated practice change of $19.8 million. In southeast Nebraska, we have also held the Southeast Nebraska Soil Health Conference for the past 5 years. This conference provides more focus on the use of cover crops for grazing or as a forage. The attendance for this conference averages about 140 people.

A major focus of the state’s cover crop research is through the Nebraska Extension On-Farm Research Network, coordinated by Laura Thompson, an Extension Educator. There are 17 On-Farm Soil Health Demonstration Fields across Nebraska that the NRCS and University of Nebraska-Lincoln are collecting data on over a five-year period as part of the Soil Health Initiative. Dr. Andrea Basche of the Department of Agronomy and Horticulture and Aaron Hird, NRCS Soil Health Specialist, are leading this project.

All of this research and cover crop activity has led to the formation of the Soil Health Taskforce for the state of Nebraska. The Taskforce hopes to lead an effort to increase soil health practices among farmers, including cover crops, to improve soil health and sustainability over time. 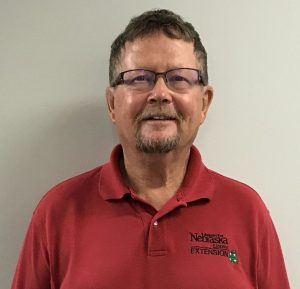 Gary Lesoing has served as an Extension Educator in Nemaha County in southeast Nebraska with a focus on crop production, sustainable agriculture, and beginning farmer training for the past 16 years. He also has served as Coordinator of the Nebraska Sustainable Agriculture Research and Education (SARE) Program since 2008. Lesoing has been involved in research and extension in sustainable agriculture since 1980. He conducted research in organic and diversified cropping systems at ENREC (Eastern Nebraska Research and Extension Center) formerly the University of Nebraska-Lincoln Agriculture Research and Development Center. His recent focus has been on implementing cover crops on integrated crop/livestock systems and improving soil health to increase sustainability in Nebraska. Lesoing holds a Bachelor of Science Degree in Biology from Peru State College in Nebraska and a Master of Science Degree in Animal Science and a PhD. in Agronomy from the University of Nebraska-Lincoln.